Riding the Dragon is the second book in the Flirting with the Zodiac series.
So why the heck is it about dragons? There’s no dragon in the zodiac (believe me, my partner was quite disappointed to discover this). So, which sign does this book represent? Perhaps surprisingly, it’s Libra, the scales.

All right, so we’re going to look at an actual issue I had with the zodiac. Each book in this series is about a different species of alien shifters.

Some of the zodiac signs, though, aren’t animals. Most of them are, but we get the odd one that isn’t. Gemini, for example, is just “the twins.” They’re usually assumed to be people.

All right, that’s an easy enough fix. Aquarius is similar—“the water-bearer” could be a person.

But what about Libra? Libra isn’t even humanoid. It’s an inanimate object, a set of scales. This sign is all about balance.

So I took a look at the night sky and tried to determine an animal-based constellation that was near to Libra. There are a few choices, and a few arguably better choices. Lupus, the wolf, for example, is pretty close to Libra. (And the wolves do get name-checked here.)

But everybody writes about wolf shifters, and what do they have to do with scales? Not much.

So let’s look north, and we’ll come across Draco, the dragon. Dragons can actually work with the idea of scales pretty well, without giving it too much thought. They have scales (I’m retiring that joke now), and they’re also known to hoard gold. So we can just picture a dragon use the scales to balance out its accounting, right?

The Idea of Justice

The symbolism of Libra’s scales is also common to another idea: justice. We tend to talk about tipping the scales of justice, of creating a “balanced” system. The jury must weigh all evidence, which can tip the balance in favor of one verdict or another.

It’s that idea of balance that informs the dragons’ worldview in Riding the Dragon. The dragons believe there’s a certain balance to the universe that must be maintained. The universe, as unjust as it seems at times, is actually perfectly in balance as it tips from one side to the other. Neither good nor bad truly “win,” even though either could dominate at any given time.

In that sense, the universe is “just.”

No one is truly favored or disfavored. Everything adds up, evens out.

As much as the dragons believe this is the way things should be, there’s also a hint that this may not be truly just.

It’s certainly a way of explaining injustice, and it’s easy to suggest that the universe is neutral. It doesn’t care about anyone or anything, in particular.

The scales of Libra represent two poles, two extremes, so it’s easy to think of this as a binary system. Yet, despite the two poles, the universe would spend most of its time in the gray area between them. It rolls back and forth in great swinging cycles, from one point back to the other.

So, by and large, the universe is mostly just in the sense that we’re never at a point of absolute evil or absolute good. It’s the yin and the yang: even when there is bad, there is still good; when there is good, there is still bad. The difference is how much of either exists at any given point. The time spent at the two extremes of the spectrum is actually minimal; most of existence is thus dotted with both good and bad, light and darkness.

An Example in the Equinox

The dragons compare this to the cycle of day and night throughout the year on Earth. The amount of light you receive depends on your position relative to the sun. Throughout the year, the Earth tilts on its axis, bringing more light or more darkness.

At the middle, the equator, the amount of day and night remain relatively the same. At the two poles, the sun never sets in the summer and never rises in the winter. There are approximately six months of darkness and six months of light—not accounting, of course, for the motion in between the two.

We see that more clearly a little further out from the poles. In the summertime, the sun lingers in the sky, setting and rising. In Stockholm, for example, the sun rises at 3 am around the solstice. It sets around midnight, but not quite fully—a strange twilight lingers on the horizon. In the winter, the sun rises around 9 in the morning and sets at about 3 in the afternoon. In between the solstices, the days and nights wax and wane; they balance at two points: the autumn and vernal equinoxes (“equal nights”).

If we were to tally it up, though, throughout the year, there would probably be about the same number of “nighttime” hours and “daytime” hours. It might look like the only two “equal” points are the equinoxes, might feel like night wins in the winter and summer is too fleeting, but when we add up all the minutes, we’d likely approach something like balance.

The question isn’t really about equal hours of sunlight or nighttime. The dragons’ world also includes good and evil, among other things. One pole represents war, disease, poverty, and death. At the other, we might imagine there’s peace, prosperity, health, and life. At one end, there’s hatred and violence and at the other, love and warmth.

The universe rolls slowly between the two extremes, much as Earth rolls between seasons. This might explain why time seems to move in loops, returning to the same themes over and over. It could explain why society seems to move between peace and war on such a regular basis.

The question, of course, is whether or not this is just. If you happen to be born into a time when war and poverty are rampant, is that just?

The dragons would seem to think it is. They’re cosmically powerful beings, and they choose not to intervene in tipping the scales one way or the other, except for when the cycle ends and they need to give the universe a nudge back the other way, get the ball rolling so to speak.

They argue that it would be unjust for them to act any further; they’re too powerful and can sway the balance too easily.

What Is Good without Evil?

A more fundamental question is whether “evil” really needs to exist. A truly just universe might need to operate simply on the principles of peace and prosperity for all its creatures.

Yet that still may not be just, in some ways. If we suddenly flipped the switch, what would we do about people who have been impoverished or ill? Do they not have a deficit that should entitle them to more? But when one gets more than another, is that not some kind of injustice?

Thus we keep moving between two poles. We must make up for past injustices, perhaps by meting out new ones.

And we must consider something like death—death is certainly sad and often unjust. A good person might be taken too soon, while another person goes on living forever (I’ll let you fill in your own blanks here).

And death is inevitable. What would happen if we simply lived forever? The universe would have to stop creating at some point—it couldn’t simply go on that way. It would run out of raw materials or we’d run out some resource or another—and then we’d tip back the other way, to poverty, disease, famine, and death.

This is true balance—and in a sense, it’s just. In a truly neutral system, there is no favor or disfavour, and that’s “justice” in a sense.

In Riding the Dragon, the four cardinal dragons debate how they want to move the balance of the universe. They’ve reached the end of one cycle, and it’s time to move to the next cycle.

The debate begins with Eurus, the East Dragon, suggesting that more violence is the answer. Eurus was born into a world of war and violence, much as Cad and Drake themselves were. For Eurus, this seems like the only natural answer, the only way to see the world.

Boreas and Notus, the North and South Dragons, disagree that’s what they need. Drake and Cad eventually posit that perhaps the change begins with giving the new West Dragon a different perspective, a new framework or ideology.

One not based on violence or hatred or war, but on more positive values: love and hope, trust and friendship.

They acknowledge these changes can’t come overnight; the cycle is slow, motion incremental. But perhaps this is where it starts: with what they teach Myrddin, the dragonling who will become the West Dragon.

A Mirror for Our Own Existence

There are no cardinal dragons in our world, no dragons at all. But the idea of a more balanced universe—and that our world is out of balance—isn’t entirely inapplicable. In fact, there’s a long history of it in many of our cultures and mythologies. And, the more we look around, the more we may indeed see that we are out of balance—and in need of correction.

And perhaps then we can be bold enough to envision a new world.

Sink Your Claws into Riding the Dragon!
Riding the Dragon is out now! Grab your copy or read for free in KU.
flirting with the zodiac libra libra and justice riding the dragon zodiac signs 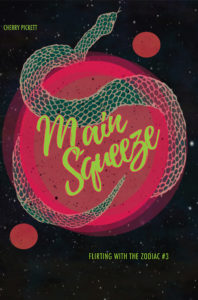